For his actions at the Bombardment of Shimonoseki in Japan on 6 September 1864 Midshipman Duncan G. Boyes, Royal Navy, was awarded the Victoria Cross. The relevant part of the despatch of his Commander-in-Chief, Vice-Admiral Sir Augustus Kuper, read:

Mr. D. G. Boyes, midshipman of the Euryalus, who carried a colour with the leading company, kept it with headlong gallantry in advance of all, in face of the thickest fire, his colour-sergeants having fallen, one mortally, the other dangerously wounded, and was only detained from proceeding yet further by the orders of his superior officer. The colour he carried was six times pierced by musket balls.

On 22 September 1866 he and two others were presented with the V.C. in a ceremony on Southsea Common. However, less than five months later, on 9 February 1867, Boyes and Midshipman Marcus McCausland of H.M.S. Cadmus were tried by court-martial. The charges preferred were:

Disobedience of Commander-in-Chief’s Standing Order, by breaking into the Naval Yard at Bermuda after 11 p.m., they having been previously refused admittance at the gate by the Warder, on account of their not being furnished with a pass.

The sentence is short: ‘Prisoners pleaded guilty, and adjudged to be dismissed from Her Majesty’s Service.’ Some commentators smell conspiracy in Boyes being court-martialled for what the Times not so long ago called a ‘midsjudged prank’ (21 July 1998). What no one has until recently noticed is that Boyes was already on thin ice. Referring to his service record we find that less than two weeks before he was presented with his Victoria Cross he was deprived of three months’ time towards being examined in the rank of Lieutenant, and in December he lost another three. His partner in crime, McCausland, had already lost eleven months’ seniority. Another fact not remarked upon is that McCausland was restored to the Service less than six months later. He was killed fighting slavers off the East Coast of Africa in 1873. For whatever reason Boyes received no similar second chance. Instead he moved to New Zealand and committed suicide in 1869. 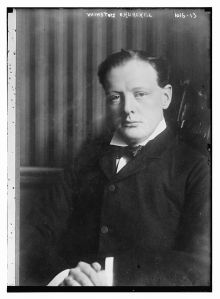 On 10 January 1912 Winston Churchill, First Lord of the Admiralty, minuted on a paper regarding the proposed installation of electric light at the Royal Marine Light Infantry’s depot at Portsmouth:

No question of electric light.

Let a hundred incandescent burners be issued and warn the men that if they break them they will be the sufferers.

Report to me upon the experiment.

It will reveal a very low standard of discipline and intelligence if the Royal Marines could not be trusted with incandescent burners. They are not school boys, and their Officers ought not to give colour to the suggestion. A decent educated self-respecting lot of men will use with care what is designed for their comfort.

Whether the Marines at Forton Barracks ever got electric light is unknown. After the First World War, with the amalgamation of the Light Infantry and Artillery the Portsmouth Division moved to the latter’s barracks at Eastney. In 1927 Forton was recommissioned as H.M.S. St. Vincent, a training establishment for boys. Ironic in light of Churchill’s 1912 reference to school boys.

Taken from First Lord’s Minutes Vol. I at the Admiralty Library.